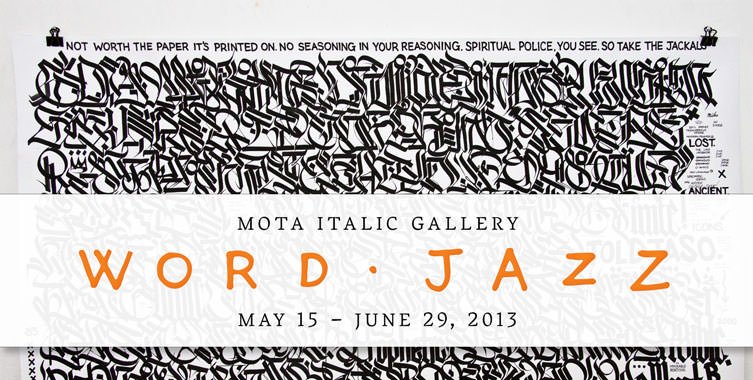 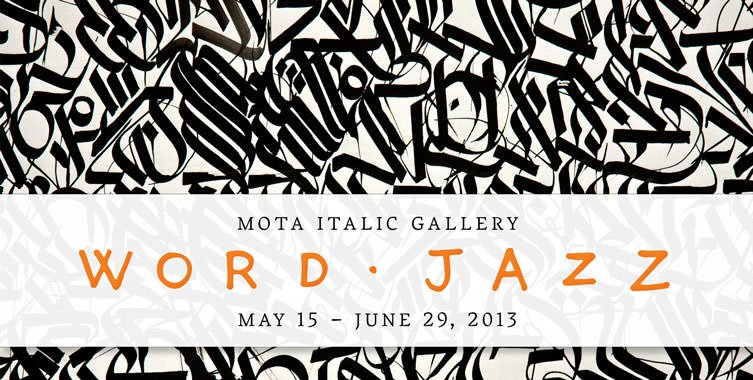 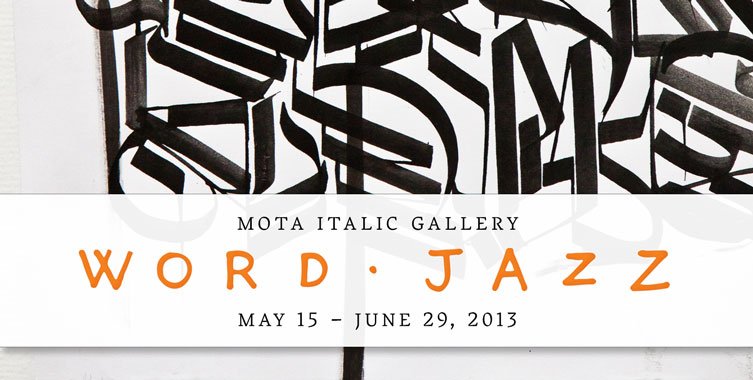 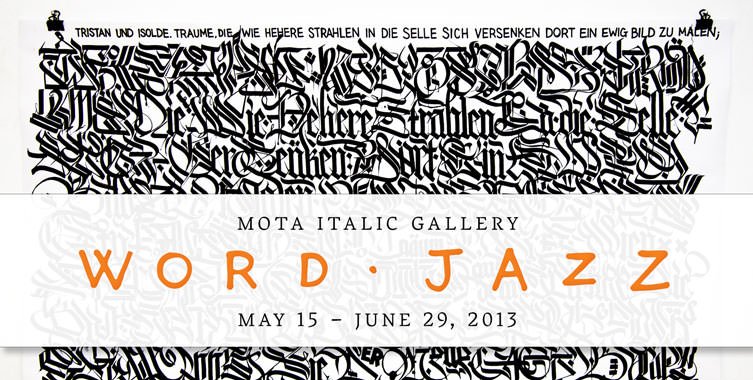 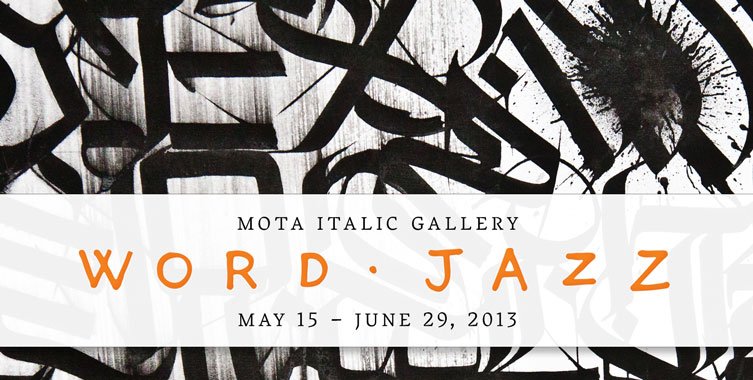 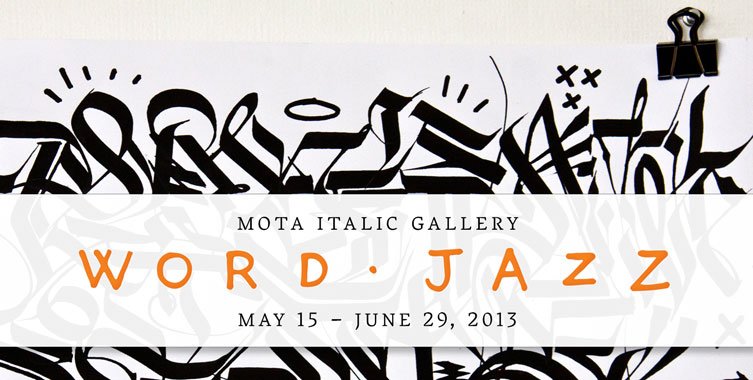 Word Jazz is a couple things: its the title of an old jazz LP by Ken Nordine that turns the human voice into both communicator and post-modern musical instrument, and also the title of this exhibit of recent large calligraphic works. Jazz improvisation is high-stakes art in the sense that you constantly push your creative process while others listen along for the ride – to take melodic risks in front of an audience. Graffiti and Zen calligraphy are two writing systems that deploy similar sets of aesthetics and conviction in gesture as in jazz. I sought to explore the possibilities of mixing all three of these art forms together, to use Roman letterforms as the back beat while I solo the tale of each letter’s construction. Each piece’s content is a short-form poetic meditation on a variety of subjects, from loss to love to contemporary art. Ultimately the work is about untangling preconceptions about letters, form, writing and art, and recombining them to create new, pretty possibilities for writing to come.

Drury Brennan (b. 1981) is an artist in Minneapolis, Minnesota. Originally a jazz drummer, he studied in photography before moving to ceramics, and upon graduating from School of the Art Institute of Chicago, became a senior editor at Flaunt Magazine in Los Angeles. Working in a variety of media, his most recent work explores the delicate links between calligraphy, street lettering and jazz music. This is his first solo exhibition of writing.