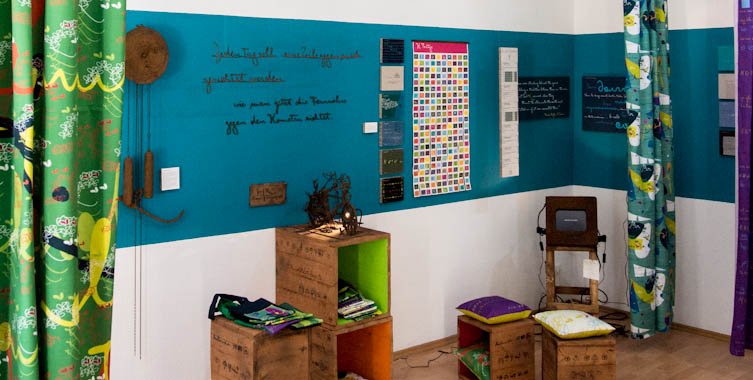 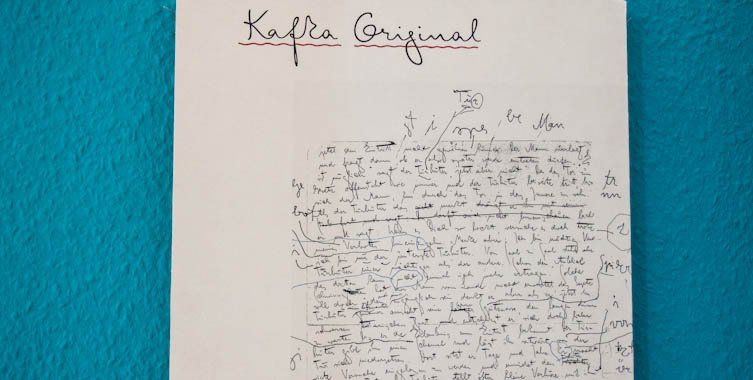 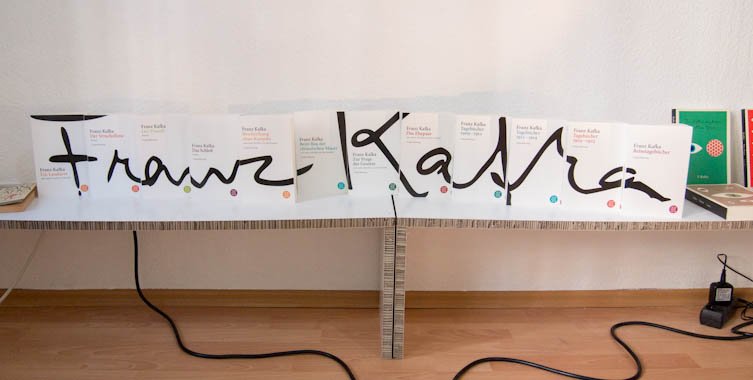 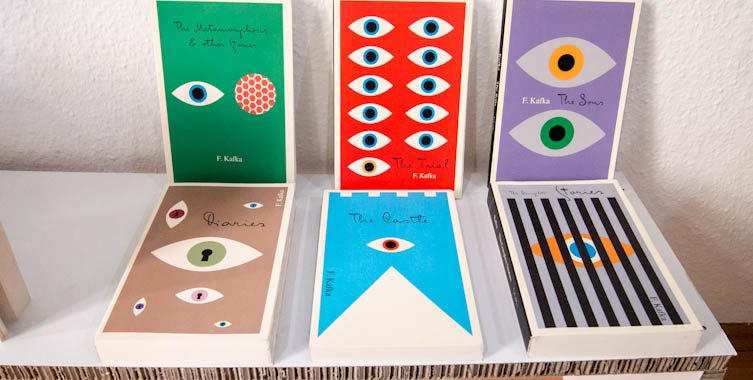 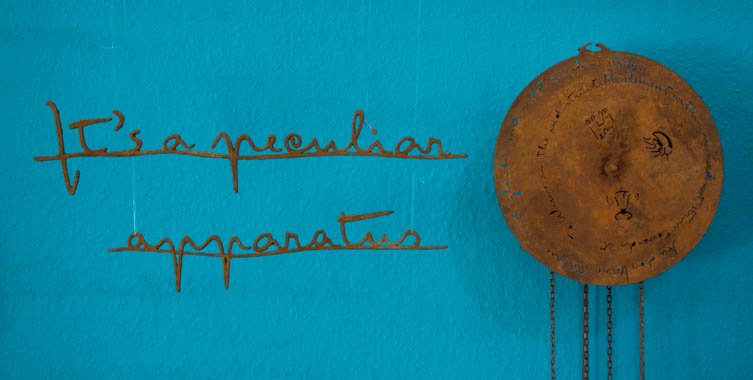 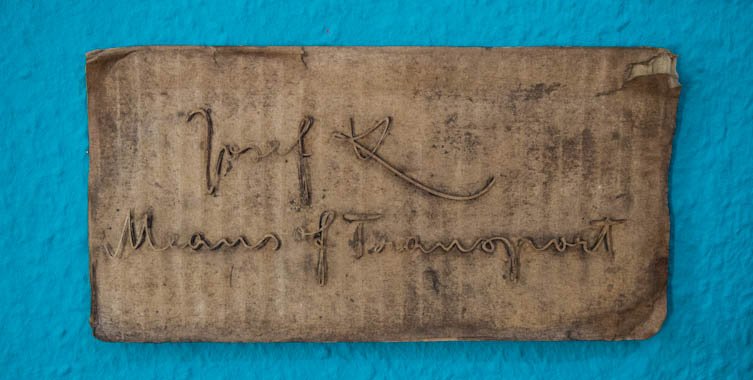 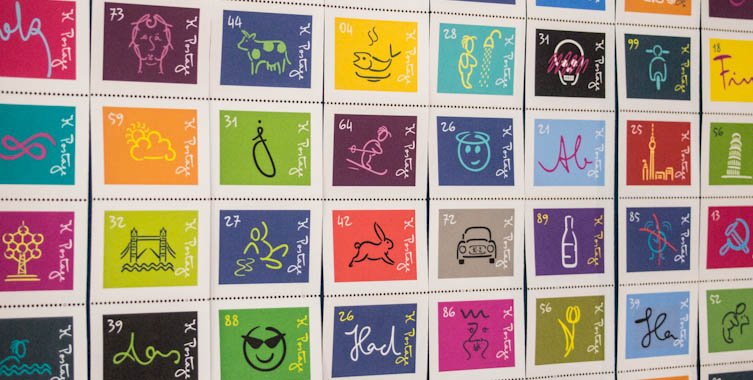 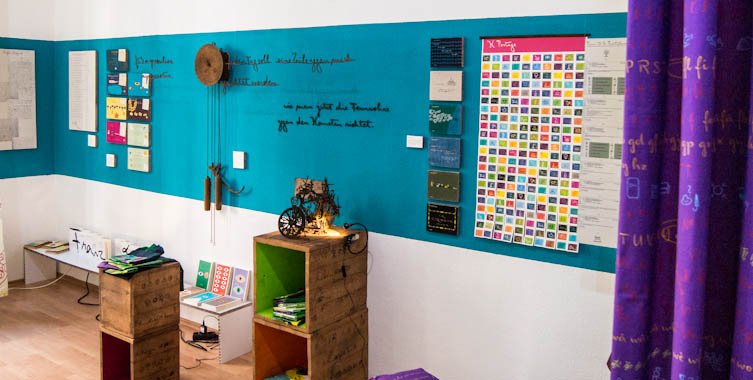 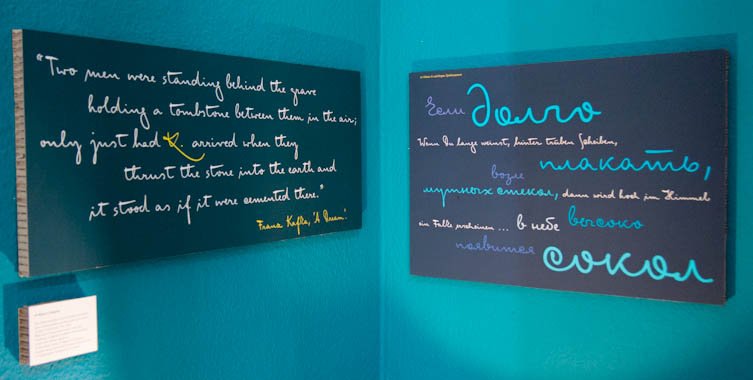 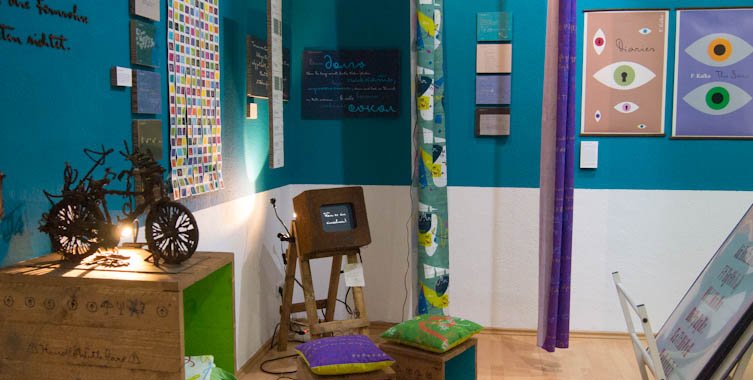 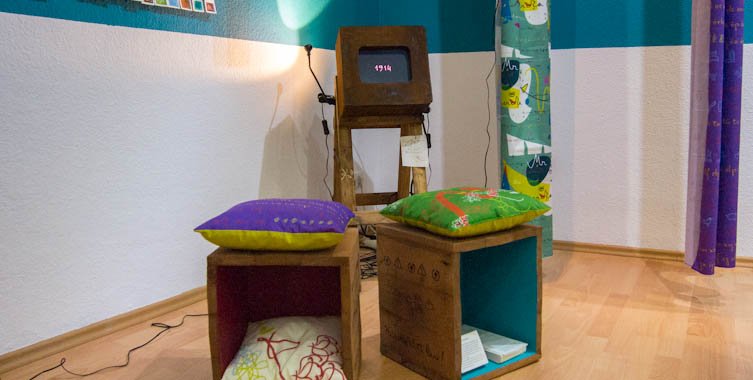 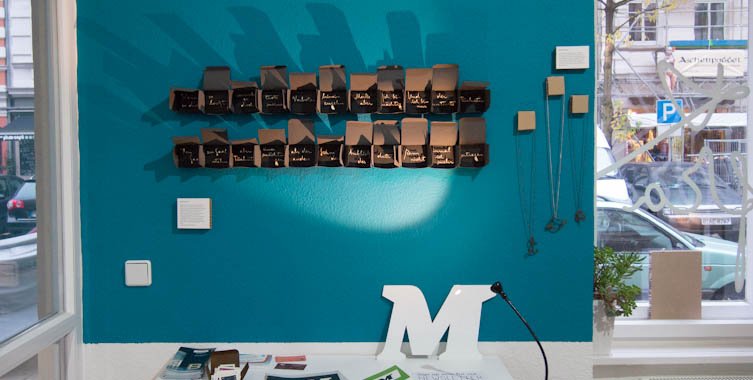 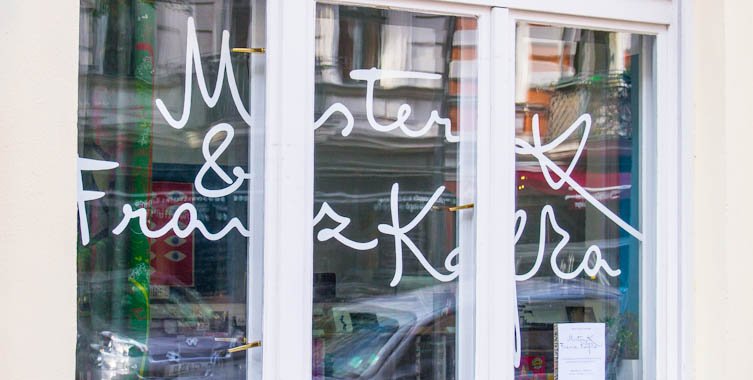 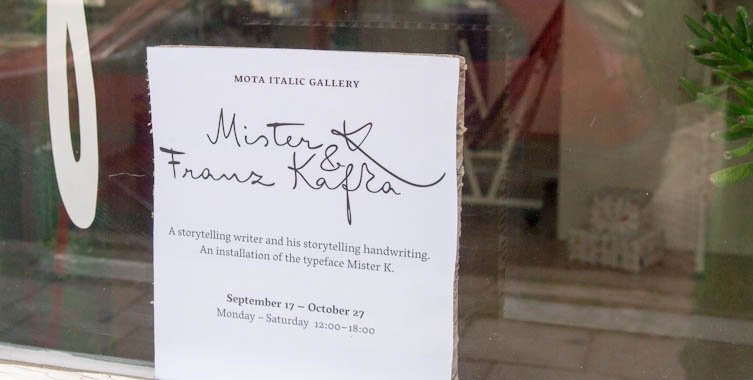 When one thinks of the novel “The Trial” by Frank Kafka, gloominess and pessimism quickly come to mind. But a look into Kafka’s wonderfully handwritten notebooks shows there is also another side to this writer: an ironic, absurd, humorous and light side full of wisdom.

And just as impressive as his texts is Kafka’s powerful handwriting style, which ranges from relaxed, calligraphic to energetic, impatient and almost unreadable.

The exhibition focusses on all of this in a colorfully ‘kafkaesque’ way – with a mix of typographic installations, objects, prints, posters, textiles, books (Mendelsund series by Schocken).

At the same time, the show tells the “Real Travels of Mister K” – a journey in which Kafka’s handwriting moves through time, space, and different physical and energetic states to finally arrive as the digitized script typeface FF Mister K by Julia Sysmäläinen.

The book Too Long to Tweet accompanies the exhibition.